Adoptee Citizenship Act of 2018 introduced in both Senate and House

2018 Bill Update
WASHINGTON – U.S. Senators Roy Blunt (Mo.) and Mazie K. Hirono (Hawaii), along with U.S. Representatives Adam Smith (Wash.) and Chris Smith (N.J.), today introduced the bipartisan Adoptee Citizenship Act of 2018. The legislation would close a loophole in the Child Citizenship Act of 2000 (CCA), which has prevented internationally-adopted children, who are now adults, from receiving U.S. citizenship despite being raised by American parents.

Senator Roy Blunt (R-MO) “The Child Citizenship Act left thousands of internationally-adopted children, who are now adults, in an untenable position, facing everything from difficulty applying for a passport to possible deportation,” said Blunt. “These men and women were raised by American parents in the United States and should have the same rights provided to other adoptees under the CCA. By fixing the current law to meet the original goal of the CCA, we will help ensure these individuals have the security, stability, and opportunity their parents intended for them when they welcomed them into their families.”

Senator Mazie Hirono (D-HI) “International adoptees who were adopted by American parents and raised as Americans should have the same rights of citizenship as biological children…I’m proud to work with Senator Blunt to close the loophole in the Child Citizenship Act and right this wrong.”

US Representative Adam Smith (D-WA) “Closing the existing loopholes in the Child Citizenship Act will ensure international adoptees are treated equally under U.S. law. This bill will positively impact thousands of Americans, by granting citizenship they should have had in the first place and fostering stability in their lives and communities. I look forward to working with my colleagues to advance this important legislation.”

US Representative Chris Smith (R-NJ) “I have been working in adoption my entire career and I know that significant obstacles still persist in the daily lives of those who don’t benefit from the Child Citizenship Act purely because of their age, despite their having been legally adopted by U.S. citizens and raised in the United States…this important law will fix those obstacles for many residents here who meet its standards and who should be granted citizenship.”

The CCA guarantees citizenship to most international adoptees, but the law only applies to adoptees who were under the age of 18 when the law took effect on February 27, 2001. The loophole denies citizenship to adoptees who were age 18 or over in February 2001, even though they were legally adopted as children by U.S. citizens and raised in the United States. The legislation introduced today fixes this problem by granting international adoptees citizenship unless they have been found guilty of a violent crime and have been deported.

Without citizenship, international adoptees face many barriers, such as having trouble applying for a passport, license, or student financial aid. In some cases, they have been deported to the country in which they were born, where they may have no known family and little chance of succeeding.

In addition to the broad, bipartisan congressional support for the Adoptee Citizenship Act, the bill has garnered widespread praise among the nation’s leading adoption advocacy organizations.

Becky Weichhand, Executive Director, Congressional Coalition on Adoption Institute.“The Congressional Coalition on Adoption Institute is thrilled this legislative fix introduced by congressional champions for vulnerable children offers a long-needed solution to adoptees whose adoptive parents did not know they needed to take additional steps to seek U.S. citizenship for their children after their adoption finalizations”. “This correction reflects the powerful American legal precedent of treating children who are adopted as equal to biological children. The adoption community is grateful to Senators Blunt and Hirono, and Congressmen Adam Smith and Chris Smith, for their leadership in understanding and addressing this problem for adoptees.”

Pankit J. Doshi, President, National Asian Pacific American Bar Association.“35,000 international adoptee children of American parents have lived without their U.S. citizenship for too long due to a glitch in a law that was intended to help them”. “Congress now has a chance to correct this oversight and change lives. We thank Senator Blunt, Senator Hirono, Congressman Adam Smith and Congressman Chris Smith for their leadership and commitment to these adoptees. We urge all Member of Congress to support the Adoptee Citizenship Act of 2018.”

Chuck Johnson, President, and CEO, National Council For Adoption “As part of our mission and vision, National Council For Adoption supports U.S. citizenship for all individuals legally adopted by U.S. citizens.” “The Adoptee Citizenship Act of 2018 takes strides to recognize citizenship to the many adopted individuals not covered by the Citizenship Act of 2000 due to their birthdate or visa type. We thank the bill’s co-sponsors for introducing this legislation, and we urge Congress to grant internationally adopted children and adults the same citizenship rights as any child born to U.S. citizens.” 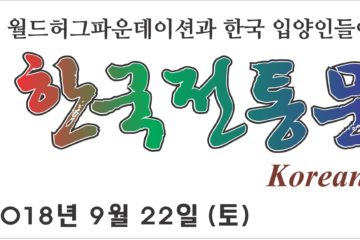 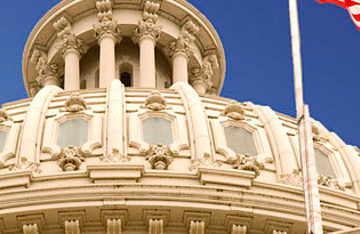 To all the supporters of Adoptee Rights, Everyone should have equal rights as U.S. citizens if they were born of or adopted by a U.S. citizen parent. Inter-country adoptees urgently need to be granted their Read more…

On February 1, 2018, World Hug Foundation became the official sponsor of Adoptee Rights Campaign (ARC). WHF fully supports the belief and cause of ARC and will do best to reach the goals together. {:en}Adoptee Read more…